The smell of "DESH KI MITTI" is so soothing and soul touching that words cannot describe it. Authenticity and diversity are the key features of our nation. India is full of cultures, colors, festivals and languages and is the most culturally diverse country.

Punjab is one of the most beautiful and cheerfull states of India and Punjab Grill is celebrationg this authenticity with their Rangla Punjab Festival which is on till 24th february.

Punjab Grill is a giant restaurant which serves some brilliant food and is located in various places in Delhi. Their Rangla Punjab Festival is happening in their Select City Walk outlet and you cannot miss it at all.

To begin with, they had a special menu of some magical drinks for the Valentine's day and I tried some of their drinks. My favorite was Pretty Woman which was filled with strawberries and sweetness. 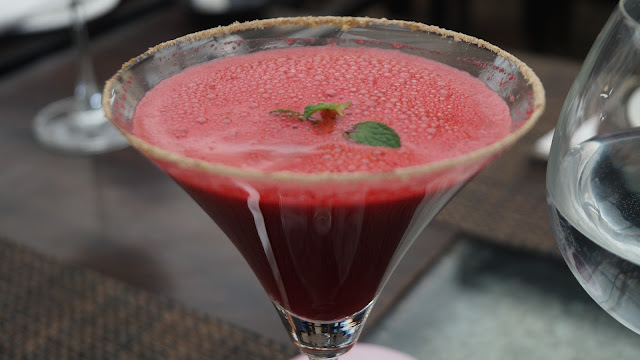 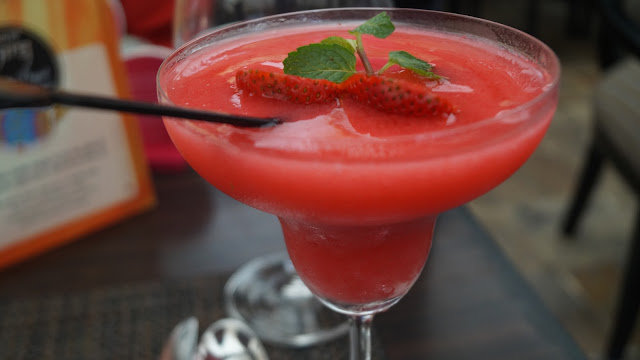 After these drinks we had Kaali Gajar Ki Kanji which was a beetroot drink and is served in amritsari dhabas. It might sound a little strange but the moment you will take your first sip, you'll realise how brilliant it is. That sweet and sour flavor with some delicious beetroot and that gorgeous pink color just stole my heart away. 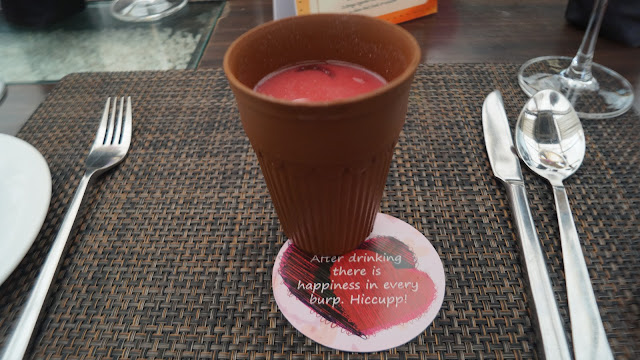 For starters we had Macchi Ke Pakode which basically had tender and juicy fish fried to perfection and they were served along with homemade chips and mint chutney. The fish was really flavorfull and delectable. 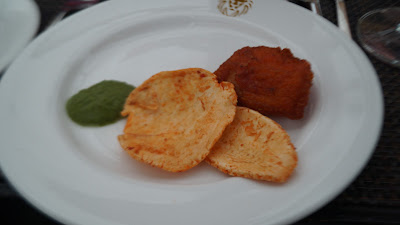 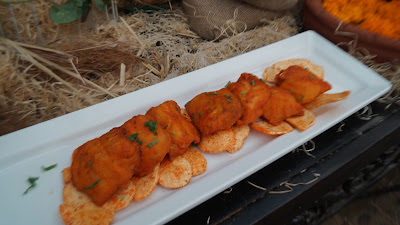 Confused? Well you have to trY them to believe me.
My favorite was the chicken ka achaar, juicy and spicy chicken achaar went straight to my heart. 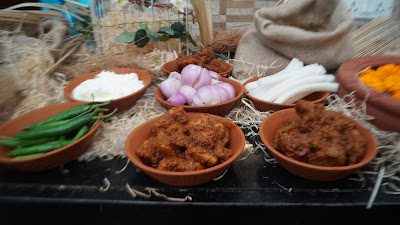 Chicken is cooked by placing it inside a dough with cashew nuts and various spices and after many hours the dough gets really hard and then when it is broken, you will see delicious chicken pieces which are perfectly cooked and every piece is so tender that it melts in your mouth within seconds. 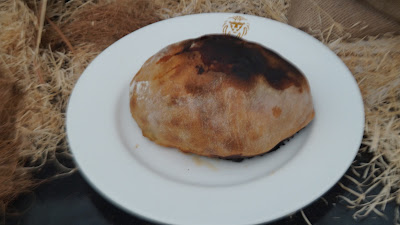 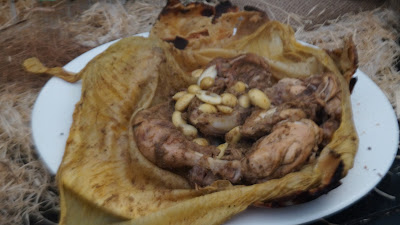 In main course we had :-

Some really droolwrothy authentic food that tasted like heaven.
Khoya Paneer was sweet and delicious.

Dal was lip smacking and was homemade. One of the best Dals i've had in any restaurant.

But that one dish that stole the show was Pind Da Saag. It was so heavenly and kudos to the chef for creating this amazing dish.
Everyone on the table were praising this saag and not even a non vegetarian dish could compete with this one. Full marks. 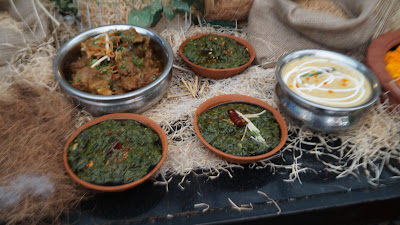 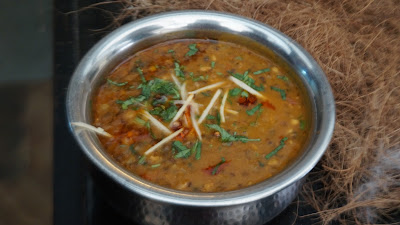 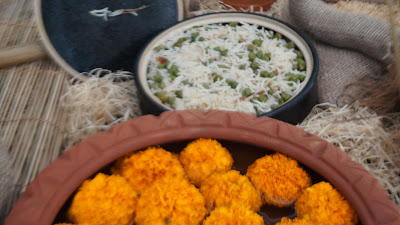 The two ultimate desserts were served to us. Both were droolworthy and ambrosial. 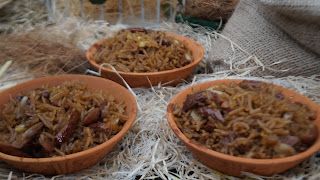 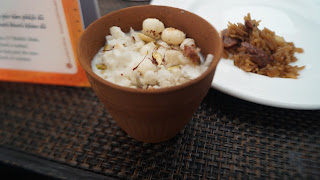 The Rangla Punjab Festival is on till 24th and you cant miss it.

Ending with this pretty drink called
"LOVE IS IN THE AIR" 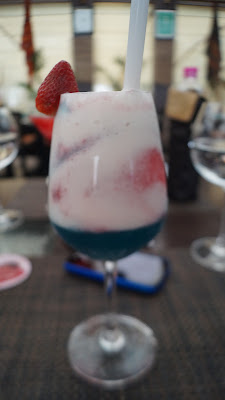